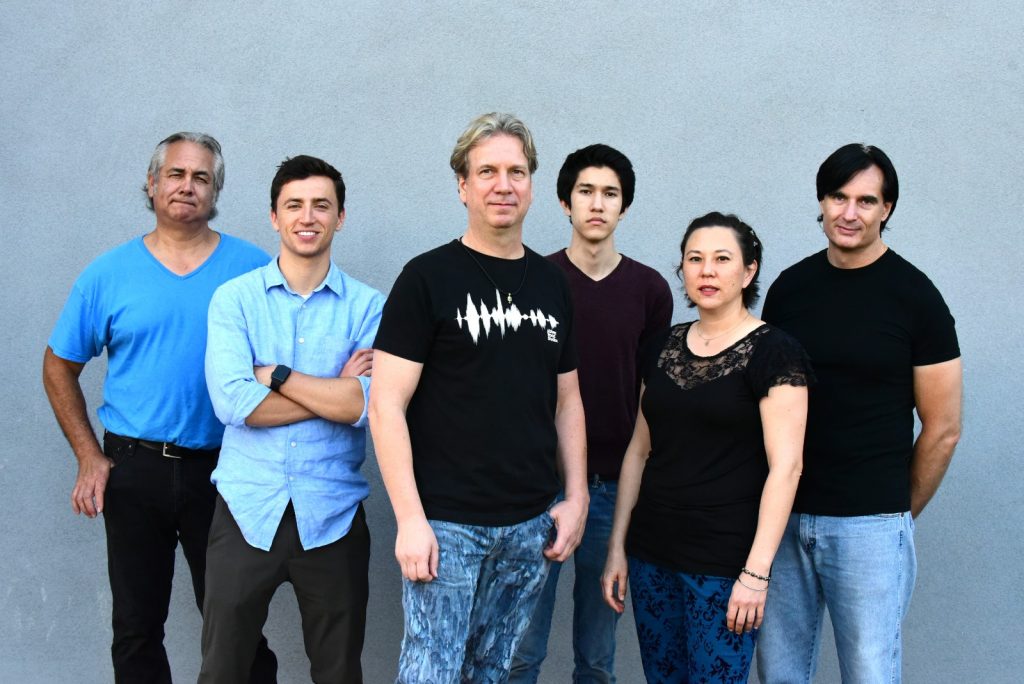 Singer-songwriter Kevin Thomas’s sonic uplift—a soul stirring blend of unflinching optimism, smartly-written and ultra-hooky pop, and undeniable funky grooves—is a culmination of a profound dark-to-light transformation and an esteemed career in music. His latest album, fittingly titled A New Heart, is a milestone moment for an accomplished musician with a five-album catalog, a track record at radio in international and national markets, and a thriving career as an innovative songwriting educator and music entrepreneur.

The Kevin Thomas Band features unflinching optimism, smartly-written and ultra-hooky songs, with undeniable funky grooves, which fit nicely into the jam band category with their amazing instrumental improvisations. Get ready for funky clean guitars, bluesy piano and organ, a fiery blaze of drums and percussion, and deep poetic lyrics that will forever change the way you see the world.

“As I kid, I felt like I could do anything I want ‘if only…’,” recalls singer-songwriter Kevin Thomas. “Until now, I couldn’t finish that conditional phrase—many things were blocking my potential. I’m happy to say I’ve finally been able to free myself from what has been holding me back.”

Throughout much of his life, with steely resolve, Kevin has disciplined his mind to cast aside mental and emotional blocks. As an accomplished musician with a five-album catalog, a track record at radio in international and national markets, and a thriving career as songwriting educator, he brings a potent punch to his commitment to sharing positivity through music. Today, he announces this era of uplift with his first solo album—the exhilarating, and aptly titled, A New Heart.

A New Heart beats with clean funky guitars, sing-along pop hooks, a fiery blaze of drums and percussion, and enlightening lyrics gleaming with undeniable optimism. The 10-track album fits comfortably alongside albums by such artists as The Dave Matthews Band, Michael Franti, and Ben Harper, among others.

The San Diego, California-based singer-songwriter previously founded the alt-rock band, Stratosphere, where his gift for sharp hooks, and impactful and emotive songwriting shined through. His career spans genres and a wide variety of contexts. Kevin has written, arranged, performed, produced, and recorded music in a myriad of settings, from orchestra work to angst-ridden heavy rock. He gigs regionally with his solo project and as an in-demand sideman, and Kevin has extensively toured the U.S. and Europe.

Kevin also shares his music talents in music education as the noted author of Melody Madness; the founder and CEO of the songwriting education company, Songwriting Planet; and locally, and worldwide via Skype, as a one-on-one instrumental instructor teaching lessons in guitar, bass, singing, piano, ukulele, songwriting, and music composition. Additionally, Kevin has been an adjunct music professor at the Maharishi University of Management (MUM), vice president of the San Diego Songwriter’s Guild, and a lead faculty member at the San Diego School of Rock. He earned a master’s degree in music composition from the University of Miami; a bachelor’s degree with honors as a dual major in songwriting and music performance from the prestigious Berklee College of Music in Boston; and he is a graduate from the world-renowned Musicians Institute, (MI), in Hollywood.

A unique path of enlightenment and self-growth shine’s through Kevin’s career in music. His extra music background includes being a meditation teacher, trauma resolution facilitator, hypnotherapist, energy work and clairvoyant trainer, and a success coach for musicians and entrepreneurs. He recalls: “While helping people cultivate the power of their own minds, I could change the world one person at a time, but, with the power of music, I can create a positive effect on millions of people all over the world! Music is much more powerful than people realize.”

Kevin was born a seeker. He was always on a quest to still his mind, cast away negative energies, and realize his potential. Select formative personal growth entries in his path to light include migrating West to sunny San Diego from the suburbs of Southern New Jersey; pursuing and obtaining a psychology degree; and the night he discovered the subtle and primal powers of folk-based music. On that fateful evening, influenced by the energy that it was also his birthday, he was previously at another club watching a heavy, angst-ridden band play. There he found that it was almost as if his soul was rejecting the music being played. He soon left the club and found himself in another club soaking up an artist performing with just an acoustic guitar, his songs, and his voice. “I noticed then that different vibrations of music can have either harmful or life-enhancing effects on the body and mind, that certain sounds can actually help you evolve spiritually.” he says. The path to A New Heart had begun.

Interesting enough, it was a rebirth story of another kind that directly inspired the album’s title. Kevin boldly hired a harmony singer to do session vocals for the album who at the last minute mentioned that he had just had a heart transplant 9 months prior to the recording date. Kevin recalls: “He came in with fourteen different medicines that he had to take. Then, he gets behind the mic, and he nails each track perfectly. The engineer, the producer, and I were in shock.” He continues: “The idea of a change of heart, in reality, tied in with my change of heart to being more positive about life and in my music.”

Kevin’s way with enlightenment is gentle, soulful persuasion. A New Heart opens with the breezy folk-funk of “The Big Picture.” Here, Kevin skillfully pairs moody verses with soaring chorus hooks sugarcoated with harmony vocals. “That song is about hope and struggle, but the chorus invites you into a see-the-brighter-side perspective with alternate ways of looking at your life,” Kevin reveals. The reflective folk-pop of “Let Your Arrow Fly” cleverly and accessibly utilizes imagery and lessons culled from the teachings of Maharishi Mahesh Yogi.

The slinky “High On Chocolate” offers quirky and playful delights through detailing a story of a health nut indulging his dark demons with sugar. The album concludes with the rousing pop-funk track “The Best Luck Around.” If, after listening to the previous nine songs, you need a reason to be upbeat, this song’s arsenal of positive imagery and metaphors will surely have you surrendering your negativity.

A New Heart injected new life into Kevin. Mulling over his transformation—his change of heart—he offers a message of hope for others mired in the dark grey shades of life. Kevin shares: “This album represents a transformation in me, and helped me to ‘reinvent myself,’ a phrase which became another song title on the new album. I am now writing songs that can inspire, heal, empower, and shine the lights of enthusiasm and passion back on a world stuck in its own shadow. I hope this new beginning, and the resulting album, touches and inspires others to seek positivity and change.” 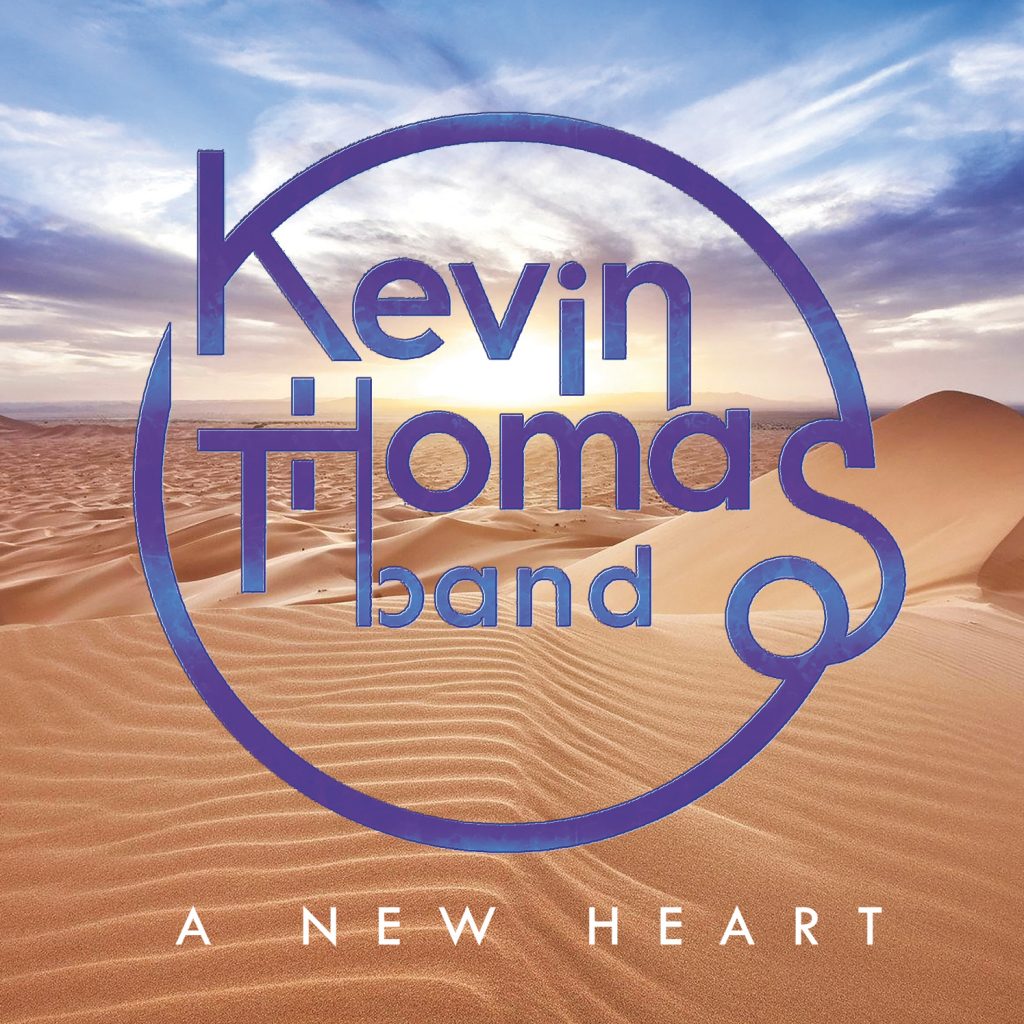 Big tolls
My hands are blistered; brain is bruising
I'm caught in a spin
But blindfolds
Cover eyes that shy from choosing
To sail within

Kicking back on your throne
Get out of your comfort zone
Feel the power; make the change

Dry the drops of rain
And fire up the flame

Sunrise, take a look at your reflection
That map of freckles needs a course correction
Heartbeats are like a compass towards affection
They Point directions to the big connections

Time - Where did you go where will you take me
Time - How could you be so cruel?
Time - The memories that you steal could break me
Time - I feel like I’ve been used

I’m staking my claim
Collecting the cash
Under the shade

The grin of the cold clock, the face of your regrets
Like a ticking time bomb as your palms begin to sweat

Rip open the curtains, the life that looked so strange
Now blooms with passageways of colors rearranged
A festival of change

The squeak of tall swings, the rust that held such fire
Strong chains could hold the hopes of every child flyer
Soaring like a choir

It's a race you run inside to climb the jagged hills
Of hidden power, intoxicating chills
Deep in your mind set free
Plan and build
Strength of will

Gaze at the new sky, a canvas for the brave
Time to paint with colors sprung from streams beneath the caves
Until you ride the biggest wave

If I take this step
Will my footprints trace a muddy sin?
When I taste your skin
Will it scar and mark forbidden breaths?

If they judge our crimes
Will they mock my daddy's family name?
As we burn like flames
Will they banish us from sacred shrines?

Our serenades in secret caves
Could call to lost strays in the crowd
Lure them from these marching slaves
With hearts as wide as oceans
Our tribe so open, growing proud

Falling down this rabbit hole

Daylight shinned on an ice cream beach
His light skin caught her eye
She said: “I could quench your taste for sweets”
“My name is Chocolate, let me try”
“I'm a sure cure for the candy store”
“Let me take you for a ride”
“Like wildcats in the back unwrapped”
“Squeezing the fruit that satisfies”

Stumbling with the curve ball on the lonely pitcher's mound
Thoughts knot up like yarn that cats and dogs can't get unwound
But life has deeper purpose, you don't need no ultrasound
You've got the best luck around

“Reviews around the country are calling this latest release top notch, grade A, good old fashion rock and roll. It has a hip downbeat, exhilarating lyrics, and bewitching melodies. What more could you ask for?” Read Whole Review

“So a well- traveled, career musician with a poet’s heart and a maestro’s musical ability creates an album of beautiful melodies, funky rhythms and thoughtful, inspiring words….love it!!!”

“Kevin places his musicians around him perfectly and mines a real mature sound and vocal delivery here to create a vibrant stew.” Read Whole Review

“Can pop-rock be uplifting, positive – and still listenable? San Diego based Kevin Thomas and his band make that a hard yes on this full length release.”

“Kevin’s vocals are melodic, with an idiosyncratic edge that gives him a distinctive sound, and it’s clear he brings a lot of musical chops to the table.” Read Whole Review

“You can expect to be treated with upbeat, uplifting, infectious songs that hover on the style spectrum somewhere between jam band, funk and folk rock…with a healthy dose of pop appeal.” Read Whole Review

“The positivity on each track is admirable and is a rare thing to find sometimes. But, Thomas is able to share that energy with ease…it’s laser-focused with great effect.” Read Whole Review

“He sings with an energetic fervor that is exquisitely infectious exuding a penchant for funky layers of melodies redolent with a mixture of jazz, folk, and rock.” Read Whole Review

“Kevin Thomas has an unwavering sense of the positive which becomes more addictive as the record progresses.“ Read Whole Review

…a singer-songwriter with a funky and jazzy vibe…Everybody else should find enough here to put a smile on your face.“ Read Whole Review

“This record is the ultimate feel-good record with a great positive message. I think we can all relate. “ Read Whole Review

- Songs For The Moment

I'd love to send you some free music! Just enter your name and email address below, and it'll be in your inbox before you know it!
Your information will *never* be shared or sold to a 3rd party.